Yearly Salary of a Psychologist

What Is the Average Salary of a Psychologist? 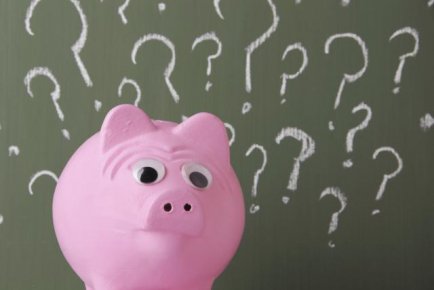 If people seek you out for advice or you're a good listener, you may want to consider a career in psychology. Read on to find out how much psychologists earn and what their job outlook is like. Schools offering .

Psychologists are mental health professionals that observe, interpret and record human behavior. They study human behavior to better understand human activity. If you decide on a career in psychology, you can go into research and come up with new hypotheses and theories on human behavior. If you're not interested in research work, then you can work in a clinical or counseling setting and help people improve their quality of life by helping them overcome psychological and emotional issues.

The U.S. Bureau of Labor Statistics (BLS) reported that the average annual wage for this clinical, counseling and school psychologists in May 2012 was $72, 220 (www.bls.gov). The median annual income was $67, 650. Those who were in the top ten percentile for wage estimates had a yearly income of $109, 340 or more.

Business schools and computer and management training had the highest pay for this type of psychologist, and the annual average wage was $100, 310, according to May 2012 BLS figures. Elementary and secondary schools had the highest employment level and paid an annual mean wage of $71, 730.

The top paying state was Rhode Island, where they had an average yearly income of $92, 580. Other states with high pay included Hawaii, New York, New Jersey and Alabama. California had the highest employment level and had an average wage of $79, 520.

If you're a psychologist employed in industrial or organizational work, your earnings would be different than those in other fields. The average annual wage for these psychologists was $98, 800 in May 2012, according to the BLS. The median wage was $83, 580, and those in the top ten percentile of wages made $168, 020 or more.

Management, scientific and technical consulting services paid the highest wage for these psychologists of $125, 980 in May 2012. This industry also had the highest employment level at that time.

The BLS listed Virginia as the top paying state as of May 2012, and its mean annual wage was $110, 880. Other states with top pay included Minnesota, New York, Pennsylvania and Ohio. Massachusetts had the highest employment level and had a mean wage of $72, 610.

Average Salaries for All Other Psychologists

Elementary and secondary schools paid the highest mean wage of $100, 380 in May 2012. The federal executive government was the top employer of these psychologists and had an annual mean wage of $87, 910.

Maryland was the state with the highest mean pay of $107, 180 in May 2012, according to the BLS. North Dakota, Virginia, Kansas and Illinois also had top mean wages at that time. Florida employed the highest number of these psychologists and had a mean wage of $85, 570.

Fashion Show Coordination : What Is the Salary of a ...

2011 Psychologist of the Year Speech (abridged)

How Much Is The Salary Of A Flight Attendant - By Retired ...

What Is The Average Salary of a Respiratory Therapist ...

What Is the Yearly Salary for a Fashion Buyer?

William Clark Styron, Jr. (June 11, 1925 – November 1, 2006) was an American novelist and essayist who won major literary awards for his work.
For much of his career, Styron was best known for his novels, including:
Styron's influence deepened and his readership...

Ellen Jane Langer (born March 25, 1947) is professor of psychology at Harvard University who has studied the illusion of control, decision making, aging and mindfulness theory.
Ellen Langer received her PhD in Social and Clinical Psychology from Yale University in...