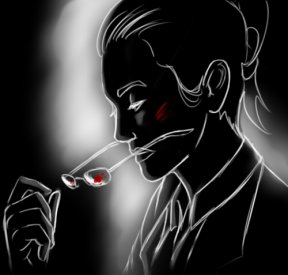 Instead, forensic psychology involves the application of various disciplines, among them psychology, criminal justice, and law, to address matters of a legislative, judicial, or administrative nature. Forensic psychologists do not just deal solely with criminology; rather, their work is at the intersection of clinical psychology and forensics and involves research and application of these disciplines to a variety of issues, from victims rights to issues that break apart families.

Forensic psychology is a relatively young field, only gaining recognition as a separate division of the American Psychological Association in 1981. Since then, the field has become more broad-based, representing both clinical and forensic workers that seek to understand better the interaction between psychology and the law. A primary mission of forensic psychologists is to protect individual human rights, ensure justice, and enhance well-being by applying psychological concepts to legal issues.

What are the Responsibilities of a Forensic Psychologist?

There are a wide variety of job responsibilities for forensic psychologists, however, jobs often relate to the criminal justice system. In the judicial system, forensic psychologists play a vital role in shedding light on the mental functioning of defendants. They may be called by prosecutors or defense attorneys to evaluate a defendant, provide a psychological assessment, and testify on their findings in court. These assessments can range from evaluating the presence of a psychological disorder to determining if the defendant has diminished mental capacity. Forensic psychologists will often work with victims of crime as well, both in an investigative and a therapeutic capacity. They often conduct investigations into child abuse, elder abuse, and domestic violence, and offer treatments to victims of such crimes after the fact.

As mentioned above, developing psychological profiles of criminals is just one of many job duties of the forensic psychologist. Profiling involves much research, including an examination of crime scene evidence for clues as to the offender’s physical characteristics, such as age, weight, and race, as well as the motivation for committing the crime. Part of the profiling process is helping direct law enforcement agencies toward potential offenders, as well as making recommendations for effective strategies to interrogate suspects.

Criminal psychologist: Mother of 8 may suffer from MBPS

Letty Lou Eisenhauer (b. 1935) was an American visual and performance artist known for her free-spirited Fluxus performances during the 1960s. She is now on faculty at the Borough of Manhattan Community College as a counselor, professor, and forensic...