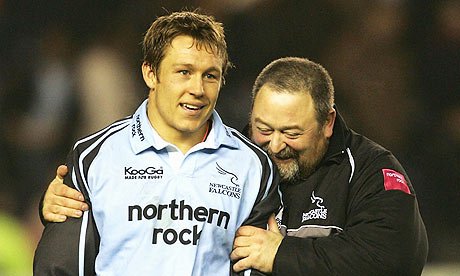 Below are just a small sample of comments about Dr. John F. Murray relating to his counseling, media, speeches, books, and workshops:

“John u are an outstanding coach and your training got me to another level as a trial attorney. I’d recommend you to anyone. Your tools are invaluable, for anyone who wants to take their skills to another level..no matter the profession.”

“Dr. John F Murray not only prepared me mentally to win a state championship in front of 15, 000 people, he taught me how to have fun on the biggest stage under the most pressure. If you aren’t training with him, you’re falling behind. The physical skills are nothing without the mental edge.”

AFTER RADIO APPEARANCE ON MAY 23, 2014: “Dr. Murray, You were spectacular. We truly appreciative for your time. I’m sure you can count on me calling on your expertise again soon. Have a wonderful holiday weekend”

“John, Thanks so much for your April, 2014 presentation for Meeting Planners International WestField Chapter. The responses have been very positive. You did a great job and were very easy to work with….thanks again!!”

“Dr. Murray, I was recently officially accepted to play varsity men’s tennis for Clark University in Boston, starting this Fall 2014. I wanted you to know how big and integral a part you played in this process. I started working with you when things were haywire and you helped me turn it all around quickly. Feel free to use me as a reference and I am sure we will be working together again in the future”

Endorsement for MPI and my sports psychology column: “John Murray has been a columnist for CaneSport Magazine and CaneSport.com for three seasons now and has brought a unique angle toward evaluating games with his clever MPI formula. The MPI adds a different and also a new and critical aspect to game analysis which our readers have thoroughly enjoyed as fodder for their weekly debates on the team’s performance.”

“I won the world championship in August, 2013 and was the first in the United States to accomplish that goal. I’m sure that my training with Dr. John F Murray was a part of my success.”

“Dr. Murray has perfected a system of self evaluation and taken it to a new and modern level. Dr. Murray has developed a system that is part of the evolution of football: The ability to identify, quantify and utilize a grading system that will aid coaches and players. It is a method of identifying the strengths and weaknesses of every aspect of a team and or individual. It is a system that can point out the direction needed for improvement. Teams, coaches and players are always looking for an edge and a way to stay ahead of the field. Dr. Murray’s Mental Performance Index can be and will be the next part of sports evolution in the 21stCentury.”

The Tom Reilly Building houses Liverpool John Moores University's School of Sports and Exercise Sciences and the School of Natural Sciences and Psychology, which are both part of the Faculty of Science. Some 8,000 students use the building which is located at LJMU's...

The Institute of Exercise and Sport Sciences (Danish: Institut for Idræt) was established in September 1997 through the consolidation of the former Laboratory for Human Physiology, the August Krogh Institute, and the Centre for Sports Research (Center for...

Samuel James Ewing (born April 9, 1949 in Lewisburg, Tennessee) is a former baseball player for the Chicago White Sox and the Toronto Blue Jays. He bats and throws left. Ewing attended the University of Tennessee. His final American League game was on October 1...