Learn more about PhD and PsyD programs in sports psychology, including what careers they can lead to 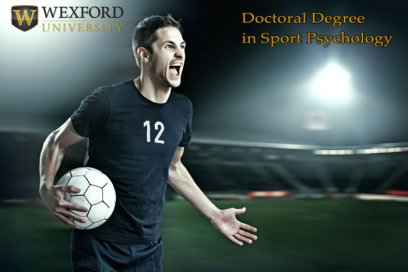 A nine-foot putt on a golfing green, a backhand volley on a tennis court, a quick toss to the first baseman on a baseball diamond - these are all deceptively complex feats of physical and mental prowess. Like many of the everyday, in-the-game actions that the best athletes pull off with routine ease, they require skills honed through hours upon hours of practice, instinctive situational awareness, and, of course, a certain amount of innate talent. Even in the case of what may appear to be extraordinarily fortunate plays, most coaches and athletes readily attest that being in the right place at the right time to make the right move is less about luck than the result of carefully calibrated physical conditioning, intense mental focus, and the ability to get the mind and body working together to achieve peak performance. For example, when undrafted rookie cornerback Malcolm Butler stepped up to nab the goal-line interception that sealed a win for the New England Patriots over the Seattle Seahawks in the final seconds of Super Bowl XLIX, he promptly admitted that it was preparation and alertness, not magic or luck, that sealed the deal. "I remembered the formation they was in, " he said after the game, "And I just knew they was throwing a pick route."

The preparation that went into Butler's Super Bowl play, and so much of what goes into the training of athletes in all areas of competitive sports, is predicated on an understanding that the mental game is every bit as important as the physical one. And this is the arena in which sports psychology now thrives as a specialty in the larger discipline of psychology. As with the athletes they advise and treat, sports psychologists undergo specialized training in applying the principles and methods of psychology to the practice of sports. They study the mental processes that underpin the behaviors, emotions, attitudes, and motivations that affect an athlete's performance in training and in play. And they work with teams, coaches, and individual athletes to help optimize performance across the board, whether that means overcoming anxieties, filtering out distractions, improving mental toughness, or dealing with any number of other factors that can play a big part in making the big plays.

Opie Otterstad is a painter who specializes in paintings of sports figures and events. He graduated from St. Olaf College with a Bachelors Degree in Studio Art and one in Psychology. He is the official artist of the Texas Baseball Hall of Fame.
In 2006, he was...

Bill Pidto (born April 20, 1965) was a former radio personality on Mad Dog Radio on the show The B-Team and is currently an anchor for MSG Network's coverage of New York Rangers road games and select New York Knicks games. He was formerly a journalist for ESPN from...

Jennifer Rodriguez is the former mayor of Bell Gardens, California.
Rodriguez was elected to the Bell Gardens City Council in 2003 and was the mayor in 2007-2009. She graduated from California State University Long Beach with a degree in psychology and is a former...