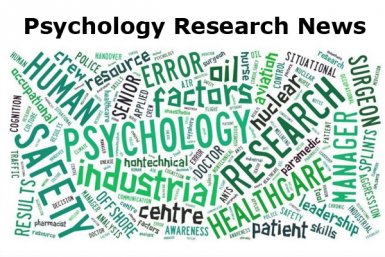 A study of Internet pornography users suggests a person's own feeling of being addicted to online pornography drives mental health distress, not the pornography itself.

Researcher Joshua Grubbs, a doctoral candidate at Case Western Reserve University's Department of Psychological Sciences, said the finding adds a fresh perspective to commonly held concerns that Internet pornography can be a threat to mental health. The research, funded by the John Templeton Foundation, suggests that feeling addicted to Internet pornography is associated with depression, anger, and anxiety, but that actual use of pornography is not.

Grubbs is part of a research team that did a study titled "Perceived Addiction to Internet Pornography and Psychological Distress: Examining Relationships Concurrently and Over Time." The article is now published in Psychology of Addictive Behaviors, a journal of the American Psychological Association.

Grubbs said Internet pornography viewing online is increasingly common, more among adult males than adult females. The study did not involve minors. Data used for the study came from research participants who were granted anonymity. These participants were assigned numerical identities for confidentiality and were paid for their participation. A second group involved psychology undergraduate students at three separate universities in the United States. Those students received course credit for participation. The research team used these two cross-sectional samples and a 1-year longitudinal study.

"Perceived addiction involves a negative interpretation of your own behavior, thinking about yourself, like, 'I have no power over this' or 'I'm an addict, and I can't control this.' We know from many studies that thinking something has control over you leads to psychological distress, " Grubbs said.

Tami Eggleston is a psychology professor at McKendree College. Her research interests include sport psychology. She writes a monthly column for the popular Drag Racing Magazine, Drag News Magazine, and is a contributor on the Racing Secrets website. Her specific...