What Is a Theory and How Is It Used in Psychology? 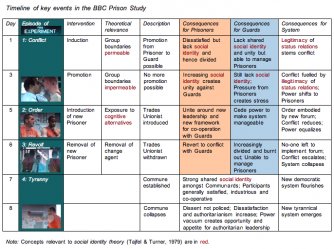 The term theory is used with surprising frequency in everyday language. It is often used in to mean a guess, hunch, or supposition. You may even hear people dismiss certain information because it is "only a theory." It is important to note as you study psychology and other scientific topics, that a theory in science is not the same as the colloquial use of the term.

What Exactly Is a Theory?

A theory presents a concept or idea that is testable.

In science, a theory is not merely a guess. A theory is a fact-based framework for describing a phenomenon. In psychology, theories are used to provide a model for understanding human thoughts, emotions, and behaviors.

Throughout psychology's history, a number of different theories have been proposed to explain and predict various aspects of human behavior. Some of these theories have stood the test of time and remain well-accepted today. Others have not held up under close scientific scrutiny and may have been rejected altogether or only partially accepted by researchers today.

If you are looking for an example of a psychological theory, consider the following:

Each theory has helped contribute to our knowledge base of the human mind and behavior.

Some theories such as classical conditioning are still well-accepted today. Others, like Freud's theories, have not held up so well and have been mostly replaced by new theories that better explain human development.

There are many different psychology theories, but most can be categorized as one of four key types:

Grand theories are those comprehensive ideas often proposed by major thinkers such as Sigmund Freud, Erik Erikson, and Jean Piaget.

A psychological theory for NLP (by Lucas Derks)

What is your favorite psychological theory?

Gestalt psychology or gestaltism (German: Gestalt – "essence or shape of an entity's complete form") is a theory of mind and brain of the Berlin School; the operational principle of gestalt psychology is that the brain is holistic, parallel, and analog, with...