What Is “Behavior” Anyway? 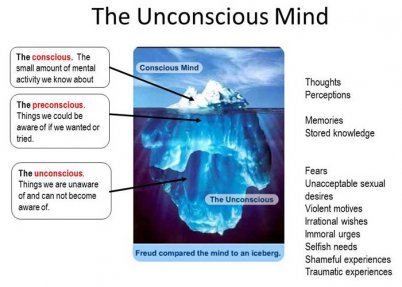 What do animal behaviorists—ethologists—mean by the word “behavior?” It turns out that this is a nontrivial question, and one that ethologists have grappled with for some time. Early ethologists like Niko Tinbergen defined behavior as “the total movements made by the intact animal, ” but it strikes me that this is far too general a definition, in that it incorporates almost everything that an animal does. But, if a definition proposed by one of my scientific heroes, Tinbergen—who by the way, shared a Noble Prize as a founder of the study of animal behavior—doesn’t suffice, how should we define behavior? One solution is to survey ethologists to get a discipline-wide view of the way the term behavior is employed.

In a review paper on definitions of behavior, Daniel Levitis and his colleagues surveyed 174 members of three different professional societies—The Animal Behavior Society, The International Society for Applied Ethology, and somewhat oddly (though I sort of understand why) The Society for Plant Neurobiology—to determine what researchers meant when they employed the term behavior. What they found was lots and lots of variation. Based on their survey results, Levitis and his colleagues argued that many of the definitions that ethologists use can be captured by a few published, but quite dated definitions already in the literature.These include (but are not limited to) Tinbergen’s above definition and the following:

Each of these has its pluses and minuses. If “behavior has a genetic basis, ” which it certainly does in many instances, does that mean that we should exclude all actions that do not have a clear underlying genetic basis when we speak of behavior? Surely not. For any of the definitions above we could pose equally strong objections. But we need to have some definition of behavior and so here is my two cents worth on the matter: I suggest a slight modification of the definition proposed by Levitis and his colleagues, namely that behavior is the coordinated responses of whole living organisms to internal and/or external stimuli. I like this definition for a number of reasons (all of which are somewhat subjective): 1) it seems to capture what most modern ethologistsand behavioral ecologists I interact with at national and international behavior meetings mean when they use the term behavior, 2) it makes an important distinction between organism and organ. What I mean here is that, as Levitis et al. note, sweating in response to increasing body temperature is not generally thought of as a behavior per se. But when an animal moves to the shade in response to heat and its own sweating, most ethologists would agree that this is a behavioral response, and the definition I propose above is in line with this interpretation.

The Penn State Psychological Clinic is one of the oldest university-based clinics in America and operates with three primary missions: To provide state-of-the-art…

If you would like to use psychology in a field that studies legal procedures, crime and justice, then forensic psychology may be just right for you. One of the things…

Functional psychology or functionalism refers to a general psychological philosophy that considers mental life and behavior in terms of active adaptation to the person's environment. As such, it provides the general basis for developing psychological theories not...

Social psychology is the scientific study of how people's thoughts, feelings, and behaviors are influenced by the actual, imagined, or implied presence of others. By this definition, scientific refers to the empirical method of investigation. The terms thoughts...