Jobs that Use Psychology

5 Fascinating Jobs You Can Get With a Psychology Degree 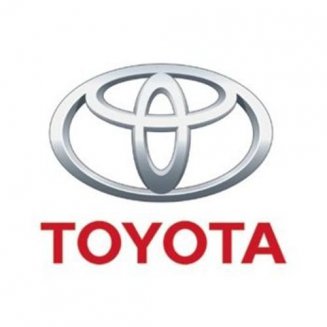 After graduation, I worked as an intern in private practice for two therapists. Once you graduate with an MFT [marriage and family therapist license], you must work under a certified therapist until you accrue the 3, 000 hours (in California) to test for your own [certified] MFT license.

I see clients with a range of issues ranging from depression to sexuality concerns. I love being able to help others by applying my understanding of human behavior. This job also led to a book deal to write The New Sex Bible for Women.

Even with a full practice, I will still end up dancing and eating fire occasionally.

I knew I was going to work in technology, but I had no desire to study computer science. Instead, I studied psychology, a field that I was fascinated with. I worked for the college IT department. Everything I knew about technology was hands-on, and because I was passionate about it, the department rewarded me with more responsibility.

After graduation, I joined PricewaterhouseCoopers as a software developer. To get that job, I connected with hiring managers, reached out to people who had graduated a year earlier, and emphasized my enthusiasm for the job and that my degree in psychology didn't mean I had to be in HR. I stayed at that job for three years and then another three after it was acquired by IBM. I could've jumped to another big company, but I decided to get into tech journalism.

My first journalism job was at Forbes.com as a networking reporter. In my interview, I pointed out to the editor that very few reporters know the technology industry as intimately as I did. I convinced her that I would have an advantage interviewing company executives because I spoke the language. I then moved to the technology news website, CRN, which helped me beef up my non-software technology knowledge since I was in charge of infrastructure reporting. I finally ended up at eWEEK. I started out as the general tech reporter, but pretty soon, my boss had me writing about information security and networking.

I decided to get my master's in journalism. It wasn't necessary since I had the skills and knowledge for my job, but I viewed it as more of a safety net for job competition down the road. The degree gave me confidence, but other than that, it didn't affect my career.

Currently, I freelance for about five different publications as a security reporter. I meet with hackers, write about the different security issues, and I'm always learning new things. I am never bored.

Reverse Psychology White Folkz Use On People Of Color

"Do People Really Use Condoms For Blow Jobs?"

Psychology Tricks You Can Use To Influence People

Job analysis is the formal process of identifying the content of a job in terms activities involved and attributes needed to perform the work and identifies major job requirements. Job analysis was conceptualized by two of the founders of industrial/organizational...

Garnett Sue Stokes, born December 20, 1955 in Washington, D.C., became Provost at Florida State University in 2011 after serving for 7 years as the Dean of the Franklin College of Arts and Sciences at the University of Georgia in Athens, Georgia.
Dr. Stokes was...

John Tarrant (born 1949) is a Western Zen teacher, currently director of the Pacific Zen Institute in Santa Rosa, California.
Tarrant was raised in rural Tasmania, Australia. This was for all practical purposes a 19th century upbringing, without the use of wired...